Stephanie Ingram posted this wonderful feature on her blog today. Thank you, Stephanie!

In this emotional story of love and loss, anger and forgiveness, self-discovery and triumph, the characters in the Ivy family struggle against the adversities and realities of a time filled with bigotry and fear, as well as violence and danger, and secrets embodied in the people they once loved, but cannot now understand. Saylah Ivy, once shaman of her Salish tribe, now wife and mother, follows her white husband Julian as he seeks new adventure in the city.  Their love is their strength, but is it enough to help them face the conflicts that arise as Julian begins to make his mark fighting for the people who are too weak or too poor to fight for themselves? Meanwhile Saylah, with her gentle, sensitive nature and mystical sensibilities, continues to heal those she can, while the rhythm of her Native past calls out to her. 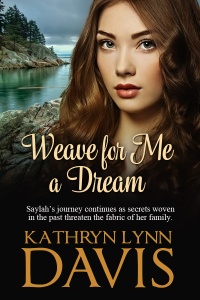 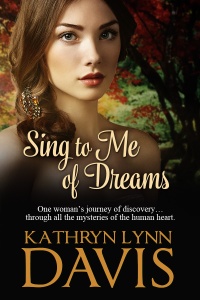 Just a touch of the upcoming Weave for Me a Dream (sequel to Sing to Me of Dreams http://amzn.to/1OcbgPF ) to tempt you–I hope.

Julian Ivy has accidentally discovered his mother’s journal in a trunk in the attic.

“Jamie stands, face turned toward the sky, though he does not absorb the light from the sun. Rather, I think the sun absorbs its light from him, for he is brilliant with dreams.”

Julian was stunned. In an instant, Simone had brought the inspired father of his youth back to him. He had seen Jamie stand just so, before he lost his faith; he had felt the beauty of a sunset pale before the power of his father’s dreams. But he had not tried to put into words that feeling of awe and incredulity. That his mother could have done so both shocked and secretly pleased him. The words blurred into wavering lines.

Congratulations to Lucinda Brant: my friend and favorite author.

When the Earl of Salt Hendon marries squire’s daughter Jane Despard, Society is aghast. But Jane and Salt share a secret past of heartache and mistrust. They are forced into a marriage neither wants; the Earl to honor a dying man’s wish; Jane to save her stepbrother from financial ruin. Beautiful inside and out, the patient and ever optimistic Jane believes love conquers all; the Earl will take some convincing. Enter Diana St. John, who has been living in a fool’s paradise believing she would be the next Countess of Salt Hendon. She will go to extreme lengths, even murder, to hold Salt’s attention. Can the newlyweds overcome past prejudices and sinister opposition to fall in love all over again?

Jane and Salt—four years of Happily Ever After
Sir Antony…

I just discovered this thoughtful, intense and wonderful review of CHILD OF AWE. I’m thrilled!

About The Book: Muriella Calder…a young Scots beauty with auburn hair and wondrous green eyes. Sole heir to castle and fabled fortune. Stolen from her family and betrothed against her will to the second son of a rival clan.

John Campbell…a proud young warrior and hero on the bloody fields of valor. His courage has won him honors for the Campbell clan and made his name a legend—but his bloodlust dismays his stolen bride.

Every corner of Muriella’s new world seems locked in violent struggle, but none so fierce as that which rages in her heart. She anxiously awaits the sweet awakening of love’s first passion—the tender touch and warm need…

I’m so delighted with this collection and how it is doing on Amazon! 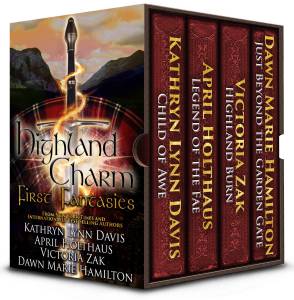 From the moment of her birth, Muriella Calder is heiress to a great fortune many Highland clans desire to make their own. Touched by The Sight, she struggles to understand herself, while fighting those who threaten her world: the violent clans who relish war; her cunning guardian, Archibald Campbell, the powerful Earl of Argyll—callously ambitious, and bound by loyalty to the Crown; John Campbell, the Earl’s second son—a strong, experienced warrior on the battlefield—who cannot begin to understand the mysterious woman he is forced to wed; and Elizabeth Campbell Maclean, a gentle woman whose heart is forfeit in a treaty with a man her father hates. Completely captivating, Child…

Savannah Grace takes us on another colorful escape/

The day started off early after only 4 hours of sleep. The lack of sleep was due to a wonderful visit with a girlfriend to all you can eat sushi the night before.  Kees, Mom and I were in the car at 7am headed back to Antwerp, Belgium a 2 1/2 hour drive away. A few weeks ago I wrote a post about going down to help a friend with his Segway/speedboat tour company, well, that same friend needed more help, so we were on our way. I love when adventures like this just fall in your lap with just a few days notice.

It’s always nice to have Mom join us, although sometimes I think Kees only asks her to come so he doesn’t have to drive ….

Our adventure for the day began with taking four speedboats to the spot where the tour groups would be arriving over the course of a few hours. We were…

This sounds too wonderful to resist.

Booktalk with Eileen: Journaling a Journey -- Learning the Art of Crafting a Novel

“Southard has taken the facts about the great author and woven them into a credible, touching, and also entertaining portrait of a life.”  -Historical Novel Society

“For those of you who are exhausted by the innumerable retellings of Austen’s novels, this is a style entirely new…. be rewarded by a quick paced novel unlike any you can ever have read, which injects new ideas and possibilities into the world of Jane Austen.” –Laura Boyle, The Jane Austen Centre 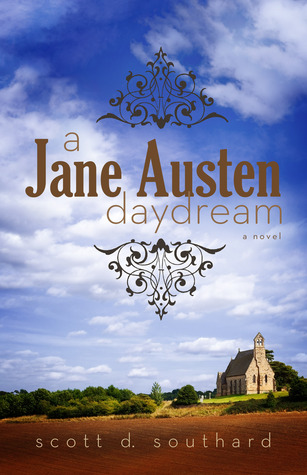 About the Story: All her heroines find love in the end–but is there love waiting for Jane? Jane Austen spends her…

From my dear friend Sue-Ellen Welfonder on the Winter solstice.

Booktalk with Eileen: Journaling a Journey -- Learning the Art of Crafting a Novel

In A Christmas Carol, evil Scrooge was shown the error of his ways by three helpful ghosts and vowed to become a better person. Bob Cratchit and his family benefited most from Scrooge’s change of tune—but what happened after the goose was given, and Scrooge resolved to turn over a new leaf?

Tim Cratchit’s Christmas Carolshows us Tiny Tim as an adult. Having recovered from his childhood ailment, he began his career helping the poor but has since taken up practice as a doctor to London’s wealthy elite. Though Tim leads a very successful life, he comes home at night to an empty house. But this holiday season…